Liberal's three-strikes housing policy will lead to stigma and homelessness 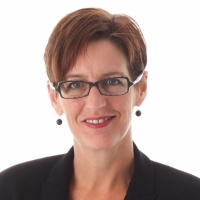 The Tasmanian Greens today said the Liberals three-strikes housing policy will lead to stigma and homelessness for disadvantaged Tasmanians.

Ms O'Connor said Housing Tasmania already has strong policies in place to deal with anti-social tenants, including eviction for repeated behaviours that cause stress for neighbouring tenants.”

"The Liberals should know better. Their policy will drive people who need support into unaffordable private rentals and, potentially, homelessness. It will put further pressure on the already over-stretched homelessness services system in Tasmania.”

"Tasmanians should see this policy announcement for what it is - an attempt to further stigmatize all housing tenants by focussing on the bad behaviour of the very few.”

"Not only are there clear obligations placed on tenants who sign a lease with Housing Tasmania, but the Agency also works with tenants who caused distress and disruption in their communities to try to help them maintain tenancies by being respectful neighbours.”

"In cases of tenants repeatedly refusing to work with Housing Tasmania, and who ignore warnings issued, they can be evicted. If this happens, Housing Tasmania seeks to ensure community supports are in place to avoid an eviction into homelessness.”

"It is always the action of last resort in order to ensure disadvantaged individuals and families are not evicted into homelessness.”

"The capacity of Housing Tasmania to remove anti-social tenants was further strengthened by changes to the Residential Tenancy Act which passed through State Parliament last year.”

"The overwhelming majority of Housing Tasmania tenants are good neighbours who just want to live their lives in peace.  It is only a very small percentage of public housing tenants who cause problems, yet the Liberals are effectively tarring all tenants with the same brush through this hard-hearted policy.”

"I am certain the housing and community sector will be extremely disappointed with the Liberals over this policy, particularly their housing spokesperson, Jacquie Petrusma.  They're probably wondering if Ms Petrusma has listened to a word they've said over the past four years," Ms O'Connor said.