Cassy O'Connor MP is the Leader of the Tasmanian Greens and Member for Clark, an electorate that sits on the land of the muwinina people between kunanyi/Mt Wellington and timtumili minanya/River Derwent.

A former journalist and community activist, Cassy was born in Canberra and raised in South East Asia and on Minjerribah/Stradbroke Island in Queensland.

Cassy moved to Tasmania in 1989 and worked as journalist, news editor and Labor political advisor. She also found time to have four beautiful children.

In 2004, Cassy became the public face of the ultimately successful community campaign to protect the Ralphs Bay Conservation Area at Lauderdale from a Gold Coast-style canal housing estate.

In 2008, Cassy was first elected to Parliament as Member for Denison on count-back following the resignation of Greens MP and Leader Peg Putt.

After being resoundingly elected at the top of the Denison poll in March 2010, Cassy became the first Greens' female MP nationally to serve in a Cabinet position, when she was made Cabinet Secretary in the Labor-Greens power-sharing government. After a Cabinet reshuffle, Cassy then became the first Greens' female Minister, when she was sworn in as Minister for Human Services, Community Development, Aboriginal Affairs, and Climate Change.

Cassy works for genuine climate action, a fair society, a prosperous, low-carbon economy, the protection of forests and wilderness, and landscape restoration. 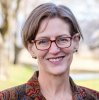 The rate of sexual assaults being reported in Tasmania is a serious concern and highlights the need for continued investment, support, and reform
Media Release | Tuesday, 31 January 2023

Tasmania Less Safe Under the Liberals

New data released by the Productivity Commission shows once more just how hollow the words of successive Premiers and Ministers have been for Aboriginal people
Media Release | Tuesday, 31 January 2023

The release of a new report into the costs of criminalising drugs in Tasmania is welcome and highlights why it's time for a community conversation about drugs
Media Release | Monday, 30 January 2023

Newly released data shows the unaffordability of Tasmania’s rental market continues to worsen, with rents expected to keep going up and up.
Media Release | Wednesday, 11 January 2023